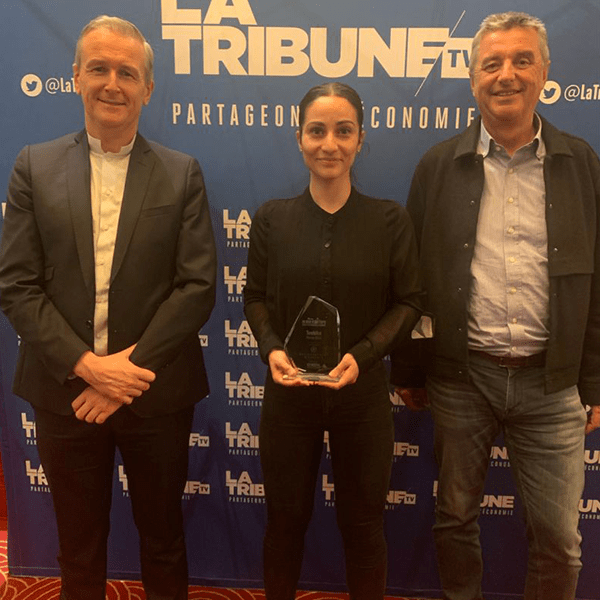 After several months of competition and facing stiff competition from thousands of start-ups, each more talented than the last, Teebike was finally named winner of the "Environment & Energy" category of the competition "100000startups to change the world" by The Tribune.

The "10,000 startups to change the world" prize is the largest startup competition in France. It is organised by La Tribune in partnership with BNP Paribas, the French Tech Mission, Bpifrance, Business France, the Germain Moreau intellectual property consultancy, Enedis, the State Secretariat for the Social and Solidarity Economy and the Ministry of Overseas France.

For the past 9 years, "10,000 startups to change the world" has been rewarding the most promising French startups in six categories that embody the challenges of tomorrow: Environment & Energy, Industry of the future, Data & AI, Smart tech -usage innovations-, Health and Start -seed stage startups. During a tour of France between January and March in 8 French cities (Lyon, Marseille, Toulouse, Bordeaux, Nantes, Paris, Strasbourg and Lille), its jury of experts and journalists rewarded 6 startups in each region, one per category, making a total of 48 regional winners.

This new award confirms what we, the Teebike team, have been seeing every day since our launch and which is only getting stronger: the French people's desire to have a positive impact on the environment is becoming more and more concrete, and our Teebike wheel, but also the bicycle in general, has a real role to play in encouraging this change.

Thank you all for your support and let's get on with it! 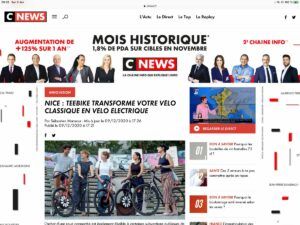 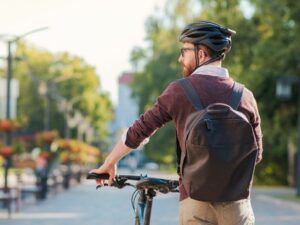 Are you tempted by the velotaf? Then this rather strange word has no secrets for you! It comes from the contraction of "vélo" and "taf" and refers to the... 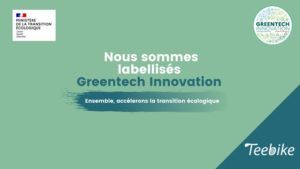 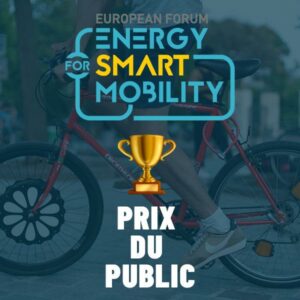 New award for Teebike! On October 14th, our connected and electric wheel left the European Forum for Energy and Smart Mobility with the Public Prize. Presented to 20... 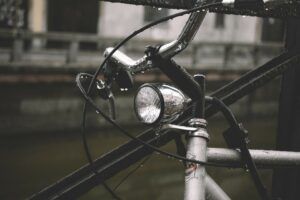 The rain is well and truly back in France, and with it the motivation to get on the saddle and make your daily journeys is sometimes diminished. Fortunately, more and more people are... 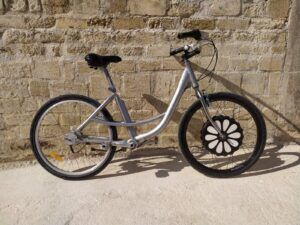 Are you tired of gifts that end up in the back of a wardrobe? For Valentine's Day, are you looking for a responsible gift that is truly useful and environmentally friendly? The...